These images were taken earlier this month in St Just, at one of the most westerly points of England called Cape Cornwall. It’s one of the most lovely places I’ve ever visited so I wanted to share a few photos. I shot mostly color and some black and white film, but after seeing these photos I kind of wish I’d shot all black and white…it recreates the feeling of being there more accurately than color, I think.

These were taken on Ilford Delta 100 (my favorite) and developed & scanned by Richard Photo Lab.

I’ll post some color images later. Thanks for looking! 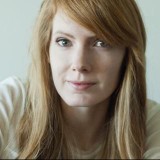